Mammalian cells resist viruses through a collection of mechanisms termed innate or intrinsic immunity.  These differ from the classical adaptive immune response in which B, T helper and cytolytic T cells recognize foreign antigens and clonally expand upon engagement of their antigen receptor.  Intrinsic and innate mechanisms are more generalized. They act in many different cell types; some are constitutively active and others are induced by type-I interferon.  Some are activated by toll-like receptors or related proteins that warn the cell of the presence of a foreign invader by sensing the viral RNA or DNA.  Over the course of evolution, viruses have developed remarkable and diverse ways to escape innate immune responses.  A major focus of our research is to understand how innate immune mechanisms restrict retrovirus replication and how viruses counteract them.  We have focused on two of these factors, APOBEC3 and SAMHD1 and how they are counteracted by viral accessory proteins Vpx, Vpr and Vif.  We are interested to identify new host restriction factors and to understand how cells sense the presence of invading pathogens.  Ultimately, we want to use this understanding to devise therapeutic strategies that mobilize the immune system to target HIV.  We are using the same knowledge to mobilize the immune system to fight cancer

Type-I interferon warns cells of an intruder at the gate.  It is produced by cells that cells have detected a pathogen-associated molecular patter (PAMP) recognized by various intracellular and cell-surface receptors that include toll-like receptors, MAVS and RIG-I.  Cells respond to type-I interferon by rapidly inducing the transcription of interferon-stimulated genes, many of which act to counter the replication of viruses and bacteria.  Many such ISGs are well-known, but there are others that remain to be discovered.  We have identified several previously unknown ISGs.  some are active against HIV.  Others were active against Zika Virus.  Once ISG we tested was viperin, a host factor that is known to act against several flaviviruses.  We found that viperin was highly active against Zika.  Moreover, the toll-like receptor agonist, imiquimod (R848) is an approved drug and a powerful inducer of viperin.  The results suggests that TLR activation could be a means to treat viral infection that would work quite rapidly to induce an antiviral state that would reduce virus replication in an acutely infected person.

HIV-2 and SIV encode Vpx, a virion-packaged accessory protein that induces the degradation of the host restriction factor SAMHD1, allowing the virus to infect macrophages and DCs. SAMHD1 blocks HIV infection by dephosphorylating the deoxynucleotide triphosphates (dNTPs) of the cell, thereby blocking reverse transcription. When the virus infects a cell, Vpx is released, finds SAMHD1 in the nucleus and sends it off the proteasome to be degraded.  For reasons that we still don’t fully understand, HIV-1 doesn’t have a Vpx.  We’re interested to understand how SAMHD1 antiviral activity is regulated by the cell and why some lentiviruses need Vpx while others do not. HIV-1 encodes the related accessory protein, Vpr which is also virion-packaged and forms a complex with an E3 ubiquitin ligase.  Vpr may counteract yet another host restriction and we’re trying to understand how that works.

Dendritic cells (DCs) were discovered in 1973 by Steinman and Cohn as rare cells with dendrite-like protrusions that had the ability to initiate innate and adaptive immune responses.  The cells, now known as the “professional antigen presenting cells” of the immune system, present peptide antigens on class I and II MHC proteins to CD4 and CD8 T cells, alerting them to the presence of viral and bacterial pathogens.  DCs activate T cells through the T cell receptor and by engaging CD80 and CD86.  Because of their potent ability to prime T cells, DCs have been used therapeutically in “DC vaccines” to induce T cell immune responses against pathogens and tumors.  A patient’s DCs are cultured in vitro with antigen and then reinfused.  The DCs home to lymphoid organs where they activate antigen-specific T cells.  The approach has been used to stimulate anti-tumor cytolytic T lymphocytes.

We are developing second generation DC vaccines both against HIV and cancer.  We test the HIV DC vaccines in the bone marrow/liver/thymus humanized mouse model. These mice have a functional human immune system that responds to HIV-1 infection and supports replication of the virus.  We engineer DCs in culture using lentiviral vectors that express HIV or tumor antigen, allowing for antigen presentation that is much longer-lived and more potent than conventional methods.  The cancer vaccines we are developing are tested using mouse melanoma and pancreatic cancer models.

Lab Website
Landau Lab
Is this your profile?
Edit profile

Professor, Department of Microbiology at NYU Grossman School of Medicine

PhD from Massachusetts Institute of Technology

Resistance of SARS-CoV-2 Omicron BA.1 and BA.2 Variants to Vaccine-Elicited Sera and Therapeutic Monoclonal Antibodies. Opens in a new tab

Inflammatory responses in the placenta upon SARS-CoV-2 infection late in pregnancy. Opens in a new tab

Increased resistance of SARS-CoV-2 Omicron variant to neutralization by vaccine-elicited and therapeutic antibodies. Opens in a new tab

The NSP14/NSP10 RNA repair complex as a Pan-coronavirus therapeutic target. Opens in a new tab

Neutralization of SARS-CoV-2 Variants by mRNA and Adenoviral Vector Vaccine-Elicited Antibodies. Opens in a new tab 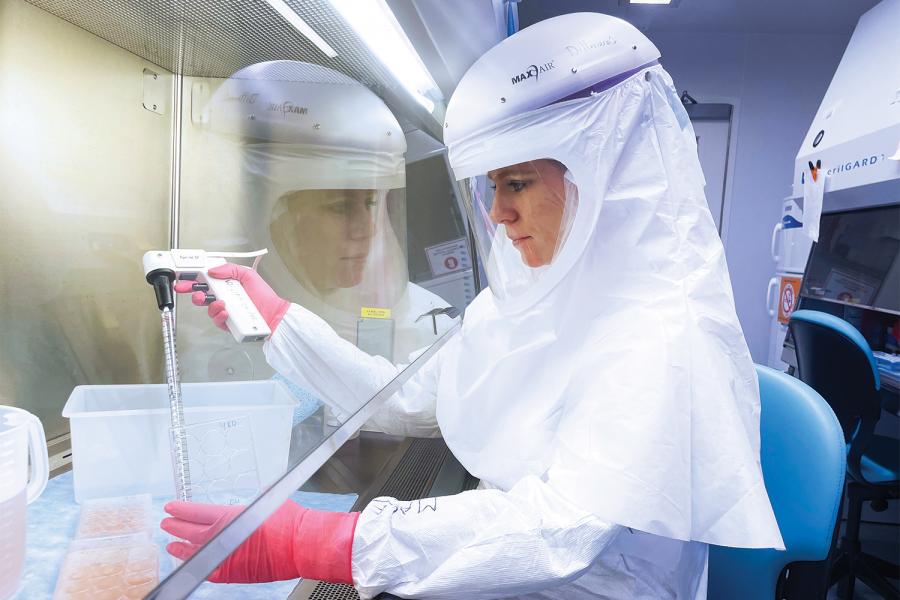 How NYU Langone Scientists Are Cracking the COVID-19 Code 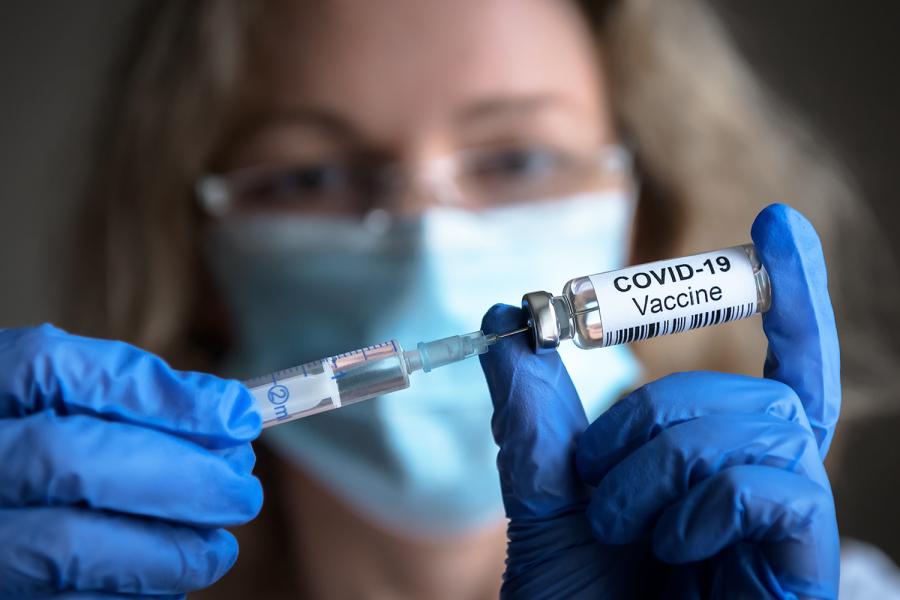 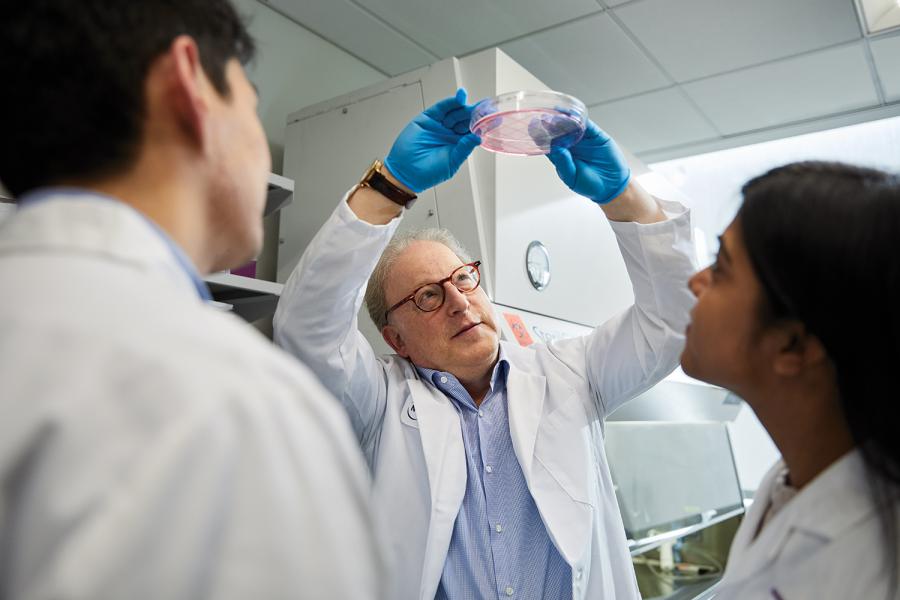 NYU Langone Scientists are Developing a Vaccine to Cure HIV

How NYU Langone Scientists Are Cracking the COVID-19 Code

NYU Langone Scientists are Developing a Vaccine to Cure HIV