About the Department of Dermatology | NYU Langone Health

About the Department of Dermatology

Our illustrious history as a leader in the field continues to this day.
Share:
Share:
Skip sidebar
Ronald O. Perelman Department of Dermatology 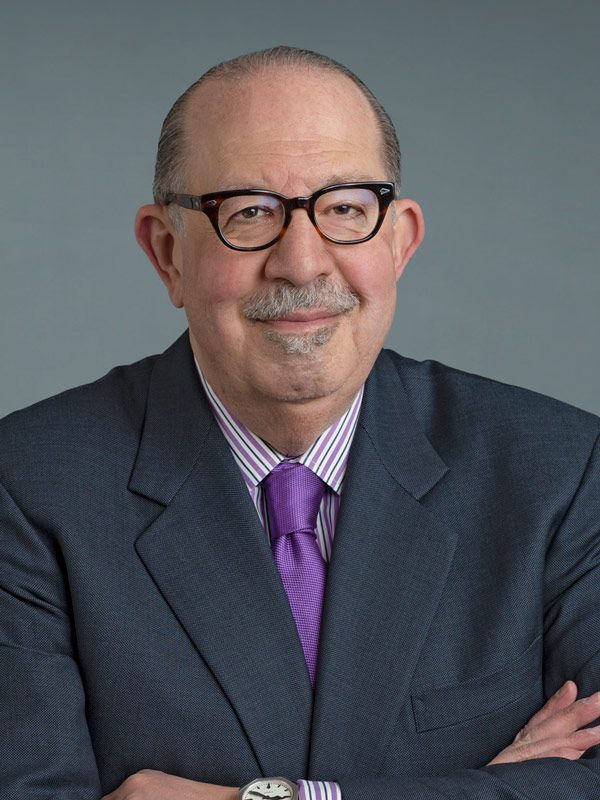 Department Chair and the Samuel Weinberg Professor of Pediatric Dermatology

The Ronald O. Perelman Department of Dermatology at NYU Langone Health offers outstanding opportunities to medical students, residents, fellows, researchers, and physicians who want to make a difference in the health and wellbeing of people around the world. Our goals are to deliver the highest quality of care to patients with skin disorders; to conduct research into the biology of the skin and the causes and treatments for diseases affecting the skin, hair, and nails; and to train new generations of physicians and researchers. Our department has a long history as a leader in the field that continues to this day.

Dermatology in the United States has made tremendous strides since the first lectures on the subject were given in 1837 by Henry Daggett Bulkley, MD, at the Broome Street Infirmary for Diseases of the Skin in New York. Dr. Bulkley’s pioneering work left an indelible impression on his son, Lucius Duncan Bulkley, MD, who in 1882 helped found the New York Skin and Cancer Hospital, the first institution in the country devoted entirely to the care of cutaneous diseases and cancer. It began operation in January 1883.

In 1884, the hospital created an outpatient department at Fordham Heights. The Bronx property was sold in 1897 when the city quarters were enlarged and the hospital became a unit of the New York Post-Graduate Medical School. It functioned in this way until 1949, when a merger agreement between New York Skin and Cancer Hospital and officials of NYU Medical Center made it part of the Department of Dermatology of NYU Medical Center. In 1963, the Skin and Cancer Unit moved into its own pavilion.

In 1991, the department was named in honor of Ronald O. Perelman in recognition of a generous gift supporting future development. In 2006, we marked the opening of an entire floor devoted to skin biology in the state-of-the-art Joan and Joel Smilow Research Center. In 2012, the bulk of the department’s clinical and administrative operations moved to two floors of NYU Langone Ambulatory Care Center East 38th Street, and in 2019 expanded to include several floors at NYU Langone Ambulatory Care Center East 41st Street.

Our department has served as an important bridge between the European tradition of 19th-century dermatology and evolving biomedical science in the United States in the 21st century. Together, the department and the Skin and Cancer Unit have gained global recognition and influence as standard bearers in clinical care, research, and training.

Our Clinical and Research Milestones

Department faculty have made significant contributions to the field, including the following.

1952: We Performed the First Hair Transplant

Norman Orentreich, MD, completed the first successful hair transplant in 1952. In 1959, he established his famous donor dominance theory—that transplanted hair will maintain the properties of its donor site—which set the stage for future transplant research.

Under the leadership of Alfred Kopf, MD, physicians from dermatology, plastic surgery, surgical oncology, pathology, and other specialties gathered regularly to assess and discuss the evaluation and management of patients referred with complicated skin cancers. This collaboration continues today.

In early 1981, Alvin E. Friedman-Kien, MD, a professor of dermatology and microbiology at NYU Medical Center, began seeing male patients with Kaposi sarcoma who were generally less than 50 years old and gay. He noted the patients seemed immunosuppressed and often exhibited generalized lymphadenopathy, and this type of Kaposi sarcoma was not the kind that appeared in older European men but a more aggressive form, disseminated with tumors appearing in a variety of shapes, colors, and sizes. This type sometimes appeared in equatorial Africa or in renal transplant patients who received immunosuppressive therapies. Most notably, the new frequency coincided with outbreaks of Pneumocystis carinii pneumonia and other new, startling opportunistic infections that were cropping up in gay men, cementing the suspicion that there was a larger epidemic at play. He traced its early epidemiology in the article “Kaposi’s sarcoma and Pneumocystis pneumonia among homosexual men—New York City and California,” which ran in the Centers for Disease Control and Prevention’s Morbidity and Mortality Weekly Report in July 1981.

In 1982, dermatologists at NYU Medical Center developed and refined the first melanoma self-examination process. Known as the “ABCDs” of melanoma detection (and later expanded by department faculty to the “ABCDEs”), the acronym provides criteria for self-identification of worrisome lesions. To this day, it remains an applicable method to detect and diagnose melanoma, a potentially deadly form of skin cancer.

In 2013, a team of researchers led by Mayumi Ito Suzuki, PhD, discovered that nail stem cells (found at the base of the nail) were capable of regenerating digit tips. Dr. Ito Suzuki’s team found that a signaling pathway known as Wnt played a major role in nail growth. “What we learned from these experiments is that the nail epithelial cells form a sort of command center that coordinates the formation of the new digit,” said Dr. Ito Suzuki. “Using the Wnt signaling pathway, they set in motion the complex process of building tissues and assembling them into a new, intact toe tip.” With this knowledge, the aim is to harness the ability to create new treatments for amputees.

Past and present chairs have made significant contributions to the treatment and management of a variety of skin conditions and diseases, and highlight our commitment to innovation, education, and scholarship.

Dr. Bulkley was a physician in the skin department of New York Hospital. He founded the first dermatologic journal in 1874, Archives of Dermatology: A Quarterly Journal of Skin and Venereal Diseases. In 1882, Dr. Bulkley founded the New York Skin and Cancer Hospital, which opened its doors in 1883.

Best known for his revolutionary work on radiotherapy, Dr. MacKee achieved success in many areas, including medicine. He received his MD degree from NYU and Bellevue Hospital Medical College, and was hired in 1903 as a physician. As chair, Dr. MacKee preserved the Department of Dermatology as the New York Skin and Cancer Hospital evolved and combined with the New York Post-Graduate Medical School and Hospital. Over the next few decades, the Skin and Cancer Unit blossomed into a world-class dermatologic clinic. Throughout the 1930s to 1940s, Dr. MacKee welcomed to the Skin and Cancer Unit many prominent European dermatologists who escaped the Nazis.

Dr. Sulzberger served in the U.S. Navy during World War I. In 1920, he moved to Geneva to study medicine and later received his MD degree from the University of Zurich. In World War II, Dr. Sulzberger served as a lieutenant commander and performed research on dermatoses caused by burns, poisonous gases, and tropical dermatologic diseases. He became the advisor for the U.S. government, president of the American Dermatological Association, and founder of the Society for Investigative Dermatology. As chair, Dr. Sulzberger changed the department’s name in 1960 to the NYU Department of Dermatology. He expanded the departmental scope to include dermatologic services at the University Hospital, Bellevue Hospital Center, and the Manhattan Veterans Affairs Hospital.

Dr. Baer received his MD degree from the University of Basel. At age 23 and in the middle of heightened Nazi persecution, Dr. Baer left for New York City in 1934, where he secured a one-year internship in internal medicine at Beth Israel Hospital. He found a lifetime interest in cutaneous allergic responses and completed training at Montefiore Medical Center. Dr. Baer joined the NYU School of Medicine faculty in 1948. Under Dr. Baer’s leadership, the Department of Dermatology took on a new educational structure that remains in place. He created an integrated residency program that allowed residents to rotate between NYU Langone, NYC Health + Hospitals/Bellevue, and the VA NY Harbor Healthcare System, a practice that continues today.

Dr. Freedberg received his MD degree in 1956 from Harvard University, where he later taught and became a professor of dermatology. He moved to Johns Hopkins University as its first chair of the Department of Dermatology. He left in 1981 to chair NYU School of Medicine’s Department of Dermatology. He was elected into the National Academy of Science’s Institute of Medicine (1995) and as president of the American Dermatologic Association (1997). Following in past chairs’ footsteps, Dr. Freedberg was also editor-in-chief of the Journal of Investigative Dermatology. As chair, Dr. Freedberg developed new laboratory programs, bringing on non-physician basic scientists with interests in biochemistry and cellular biology. With the department’s endowment, he secured the use of an entire floor in a new translational research building.

Our department is led by Dr. Orlow, who was born in Brooklyn. He is the department’s first chair to have been formally educated as a physician–scientist. He received his PhD in molecular pharmacology from the Albert Einstein College of Medicine while earning his MD degree. Dr. Orlow was inspired to enter the dermatology field after attending a lecture given by Dr. Friedman-Kien, at one of the first congresses devoted to the then-emerging AIDS epidemic, alerting him to research possibilities within the field. Following an internship in pediatrics at Mt. Sinai, Dr. Orlow was a resident and fellow in dermatology at Yale University. He joined the department in 1990 as its first full-time pediatric dermatologist and became chair in 2006. He has overseen a substantial expansion of the department’s activities in areas of clinical care, research, and education.