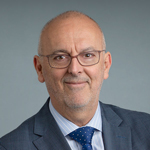 Dr. Morgan, director of myeloma research at NYU Langone's Perlmutter Cancer Center, is a recognized international expert and thought leader on multiple myeloma and is regularly invited to give both clinical and scientific talks around the world at international meetings such as ASCO, AACR, and ASH. He has received peer-reviewed project and program funding for the last 25 years and has contributed significantly to current clinical and genetic understandings of myeloma.

Within the laboratory, his initial work concentrated on chronic myeloid leukemia (CML) and pediatric acute lymphoblastic leukemia (ALL). Dr. Morgan was involved in the molecular characterization of the Philadelphia chromosome and was the first person to apply sensitive DNA- and RNA-based PCR for the detection of minimal residual disease (MRD) in CML, and in pediatric ALL where he published the first molecular characterization of the t(11;19). These interests in both MRD and how transcription factor abnormalities and epigenetic change act as drivers of cancer progression now continue in multiple myeloma, as he believes this disease provides an excellent model system of cancer progression with which to study such events.

Utilizing large patient sample databases from clinical trials on which he has been principal investigator, Dr. Morgan has published extensively on the genetics of myeloma initially utilizing FISH, SNP arrays, and more recently WES and WGS, and has identified the importance of evolutionary biology in myeloma progression. To study the role played by the cells of the bone marrow microenvironment, he has explored de-convolution algorithms, applicable to RNA extracted from whole bone marrow biopsies, and, more recently, utilized high-throughput flow cytometry and single cell technologies to further define these cells. Using 10X WGS, he has also defined missing driver variants and characterized complex structural chromosomal rearrangements and determined their prognostic significance.

Dr. Morgan has been a major force in translating molecular advances from the laboratory to the clinic in myeloma. He has contributed to the development of risk stratification systems including the international staging system (ISS) and its adaptation to include molecular markers; has identified key disease drivers, which have formed the basis for a new driver-based definition of ultra-high risk disease; and, has defined distinct biological segments of multiple myeloma that have prognostic importance and which are suitable for personalized medicine approaches. 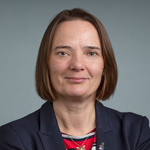 Dr. Davies is the director of the clinical myeloma program at Perlmutter Cancer Center. In addition to seeing myeloma patients in the clinic and actively participating in phase 1–3 clinical trials, she has over 20 years’ experience in translational research. A key component of her work has been performed on patient samples associated with clinical studies. Analyses of this material highlighted the prognostic importance of achieving a complete response and the clinical utility of testing for minimal residual disease, enabled characterization the genomic landscape of myeloma, and determined the prognostic significance of genetic abnormalities.

Within the laboratory, Dr. Davies has investigated key growth and survival pathways in myeloma and determined mechanisms by which such pathways can be targeted therapeutically,  including targeting protein homeostasis, receptor signaling, genetic abnormalities, and immune pathways. Results of these and other studies have led to development of nationally and internationally recognized approaches for the treatment of myeloma and to changes in clinical practice and guidelines. These have included, for example, the introduction of autologous transplantation for newly diagnosed myeloma patients, use of immunomodulatory drugs (IMiDs) in all stages of myeloma therapy, and widespread use of intravenous bisphosphonate therapy. Her work has also been associated with the development of prognostic and predictive biomarkers for personalized-medicine approaches, for example, prognostic genetic abnormalities, minimal residual disease detection, and mutation-driven therapy. Dr. Davies’ current translational work focuses on myeloma mouse modeling. 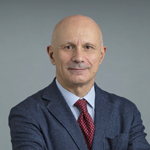 Dr. Bruno is a member of the faculty of medicine at Perlmutter Cancer Center. He has appointments in the Division of Hematology and Medical Oncology, part of the Department of Medicine, and the Blood and Marrow Transplant Program. Dr. Bruno was previously at the University of Torino, where he was professor of hematology in the Department of Molecular Biotechnology and Health Sciences.

Since the early 2000s, Dr. Bruno has focused his clinical and research activities on the different aspects of bone marrow transplantation. He has a particular interest in the role of allogeneic stem cell transplantation and of cell therapies in the treatment of hematological malignancies.

Dr. Bruno was director of the transplant program at the University of Torino for 20 years. During this time, he acquired experience, as principal investigator or as co-principal investigator, in several biological, translational, and clinical research projects and clinical trials through national and international collaborations. His research, funded by government and private organizations, has been published in leading scientific journals. 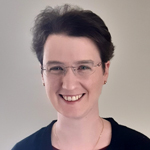 Dr. Boyle graduated from the University of Lyon, France, in 2008, and did postgraduate training in medicine in Lille where she earned an MSc in molecular genetics in 2014. She became junior faculty and consultant in hematology at Lille University Hospital in France in 2015. More recently, she was a visiting academic at the Myeloma Institute in Little Rock, Arkansas, and is now postdoctoral fellow at NYU Langone. Eileen’s work focuses on the molecular architecture of plasma cell disorders including multiple myeloma and its precursor states. She is also principal investigator for the IFM2014-04 trial (NCT02626481), and is sub-investigator for IFM, Lysa, FILO, and Myeloma UK trials in Lille and London. 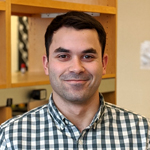 Patrick graduated from Penn State University with a BS in engineering science in 2016, after which he earned his MS in bioinformatics from Northeastern University in 2019. Patrick’s work focuses on bioinformatic analysis of single cell transcriptomic and structural variation analysis of myeloma. 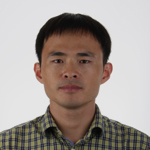 Dr. Wang received his PhD in biology from the University of Geneva School of Medicine, Switzerland, in 2014. His PhD thesis was focused on cellular and intercellular coordination mechanisms of sodium transport in the renal collecting duct. He completed a year of postdoctoral training at the University of Texas Southwestern Medical Center, followed by four years at NYU Grossman School of Medicine, where his work focused on osteoclast physiology and protein tyrosine phosphorylation in breast cancer, respectively. He is now a research scientist in the Morgan Lab, working on projects that aim to dissect the molecular mechanisms of multiple myeloma driven by distinct genetic abnormalities. 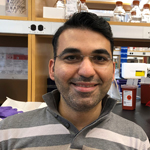 Dr. Ghamlouch received his PhD in immunology from the University of Picardie Jules Verne, France, in 2014. His PhD focused on analyzing the effect of microenvironment components on the survival and terminal differentiation of chronic lymphocytic leukemia B-cells. He completed five years of postdoctoral training at the Gustave Roussy Institute of Oncology in France, where his research centered on the consequences of TET2 and NFKBIE inactivation by somatic mutations on B-cell differentiation and B-cell lymphomas development. Hussein is very interested in research about the deregulation of epigenetic mechanisms in B-cell and plasma cell malignancies. As a research scientist in the Morgan Lab, he is working on projects that aim to understand the epigenetic basis of multiple myeloma development and progression. 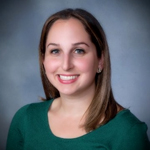 Dr. Caro graduated from Princeton University with a BA in chemistry in 2009, after which she earned her MD from Sidney Kimmel Medical College at Thomas Jefferson University in 2016. Jessica completed her residency training in internal medicine at Mount Sinai Hospital in 2009, and she is currently completing her fellowship training in hematology and oncology at NYU Langone. Jessica’s work focuses on the impact of immunoparesis on infection rates and survival outcomes in multiple myeloma. 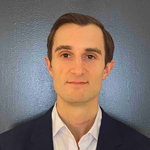 Dr. Stoeckle received his undergraduate degree at Vanderbilt University and a medical degree at Tulane University School of Medicine. He was an intern and resident in internal medicine at Beth Israel Deaconess Medical Center/Harvard Medical School, and is a currently a clinical fellow in hematology and oncology at NYU Langone. Dr. Stoeckle is interested in clinical trials, genomics, and socioeconomic disparities in cancer care. His work in the Morgan Lab is focused on genomic alterations on chromosome 1 in multiple myeloma. 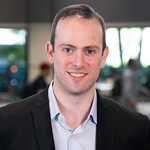 Dr. Williams is a clinical fellow in hematology and medical oncology NYU Langone’s Perlmutter Cancer Center. Louis received his undergraduate degree in chemistry from Dartmouth College, his medical doctorate at Albany Medical College, and completed his residency in internal medicine at the Cleveland Clinic Foundation. In his prior research, Dr. Williams investigated the impact of germ line variants in the homologous DNA repair pathway on the development of myeloid malignancy. In the Morgan Lab, he focuses on translational genomics in multiple myeloma, with special emphasis on the impact of therapy on clonal evolution in response states and at relapse. 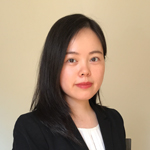 Dr. Chen received her medical degree at West China Medical School, Sichuan University. Then she went to University of Cincinnati and received her PhD in cancer and cell biology. Afterward, she completed her internal medicine residency training at Jacobi Medical Center/Albert Einstein College of Medicine in 2021. She is currently a clinical fellow in hematology and oncology at NYU Langone. Her work in the Morgan Lab focuses on translational research on high-risk multiple myeloma with t(4:14). 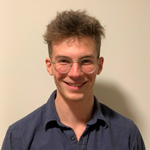 Dylan graduated from Stony Brook University in 2016 with a BS in geology and from Arizona State University with a MS in geological sciences in 2020, where his thesis project leveraged computational methods to examine trends in enzyme biochemistry across the tree of life. After graduating from Arizona State University, Dylan worked as a bioinformatics analyst at Albert Einstein College of Medicine analyzing clinical microbiome sequence data. He is now a bioinformatics analyst in the Morgan Lab focusing on single-cell transcriptomic analysis and whole-genome structural variant analysis in the context of plasma cell disorders. 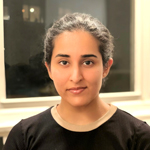 Monica graduated from the University of Virginia with a BS in Biochemistry in 2020, after which she completed her MHS in biochemistry and molecular biology at the Johns Hopkins Bloomberg School of Public Health in 2021. Her previous research at the Sidney Kimmel Comprehensive Cancer Center involved developing an automated ctDNA methylation assay that could distinguish between stage 4 breast cancer and benign breast lesions. As an associate research technician in the Morgan Lab, Monica is currently working on processing peripheral blood and bone marrow samples for DNA/RNA sequencing. She is interested in research about immune microenvironment alterations affecting multiple myeloma progression and the molecular epidemiology of multiple myeloma. 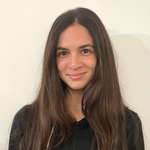 Avital graduated with her MS in biology from NYU in 2021. Her courses included molecular and cellular biology, statistics, research analysis, and computational programming. Her master’s thesis focused on the negative correlation between COVID-19 and vitamin D. Prior to her master’s degree, she completed one year of research at SickKids Hospital in Toronto, Canada, where she focused her analysis on the mTOR pathway in Li-Fraumeni Syndrome patients. During her time there, she conducted experiments comparing the effects of medications versus nutritional deprivation in cancerous fibroblasts by analyzing the changes in the proteins and the growth patterns. Avital is very interested in the genetic biomarkers of multiple myeloma patients. As an associate research technician in the Morgan Lab, her responsibilities include extracting various cells from patients’ blood and bone marrow samples for analysis. 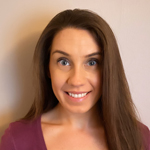