About the Department of Neuroscience & Physiology | NYU Langone Health

About the Department of Neuroscience & Physiology

We are home to an influential team of neuroscientists making important discoveries.
Share:
Share:
Skip sidebar
Department of Neuroscience & Physiology

Scientists working in the Department of Neuroscience and Physiology at NYU Langone Health have a long and storied history of making significant contributions to the field. Through novel approaches to research, we continue to be at the forefront of important studies that investigate the brain’s function in health and disease.

Led by department chair Richard Tsien, DPhil, who is also director of the Neuroscience Institute, we have created an environment in which synergy and collaboration among scientists further our tradition of excellence. Using the latest technologies and methods, our faculty lead multidisciplinary projects that result in neuroscientific breakthroughs.

Our faculty lead interdisciplinary research projects and mentor a new generation of scientists.

Learn More about Our Faculty 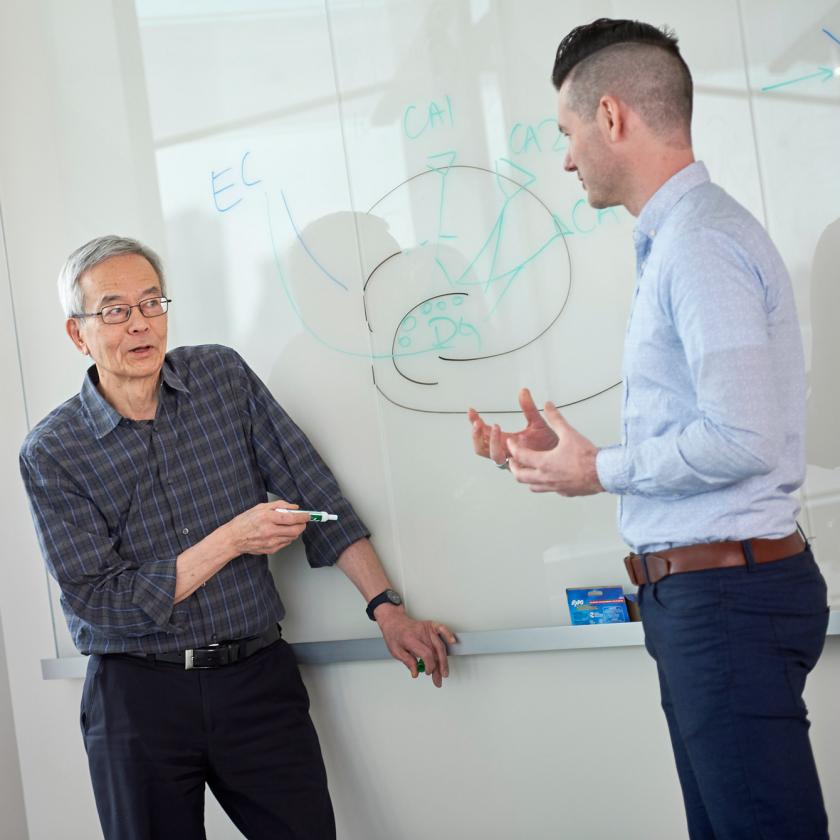 Our trainees participate in research projects that are at the forefront of neuroscience. 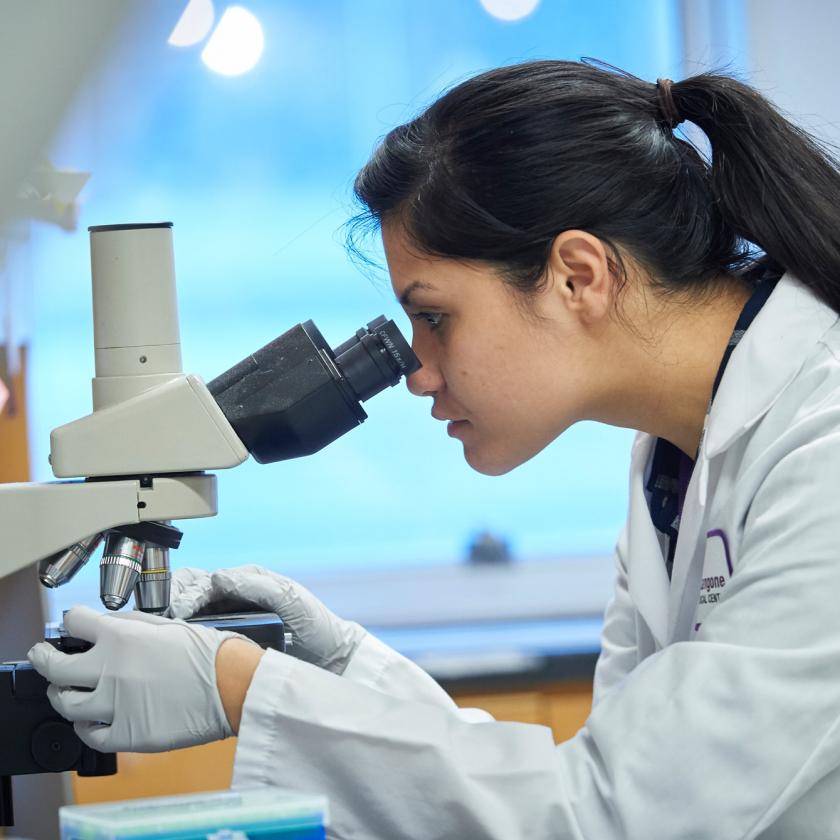 History of the Department of Neuroscience and Physiology

Our history of scientific innovation goes back more than 150 years. With the arrival in 1976 of Rodolfo Llinás, MD, PhD, the focus of the department shifted to neuroscience, in part as a means of better understanding the nature of who we are as humans.

1850: The Department of Physiology Is Founded at University Medical College

John W. Draper, MD, a founder of what was then called University Medical College, served as head of its Department of Physiology from 1850 to 1867, and as its president from 1850 to 1873. Dr. Draper was a Renaissance man with interests in chemistry, medicine, philosophy, history, and religion. He was the first person to produce a clear photograph of the female face, the moon, and an object under a microscope. His controversial book History of the Conflict Between Religion and Science was internationally acclaimed.

Austin Flint II, MD, cofounded Bellevue Hospital Medical College with his father and served as chair of the Department of Physiology and a professor of physiology and microscopy from 1861 to 1897. He developed a specialization in the physiology of mental states. His work The Physiology of Man, published in five volumes between 1867 and 1873, became a sought-after reference. In 1874, he was appointed surgeon general of the State of New York, a position he held for four years.

Graham Lusk, PhD, served as professor of physiology and the first chair of the newly combined department from 1898 to 1908. Dr. Lusk is known for his role in founding The Harvey Society and for his important contributions to the science of diabetes and nutrition. His 1906 textbook The Elements of the Science of Nutrition was the standard work on the topic at the time.

During his tenure as chair of the Department of Physiology from 1930 to 1961, Homer W. Smith, PhD, established strong collaborations between the institution’s clinical and basic laboratories. He is considered a pioneer in the field of renal physiology; an award in his name is given out annually by the American Society of Nephrology.

When the Medical Science Building opened in 1955, it became home to many laboratories and offices, including the Department of Physiology and Biophysics. The building still stands at NYU Langone Medical Center.

1976: Rodolfo Llinás Ushers in the Era of Neuroscience Research at NYU School of Medicine

From 1976 to 2011, Dr. Llinás chaired the department. Working with other eminent faculty, including Robert G. Baker, PhD, Dean Hillman, PhD, J. Charles Nicholson, PhD, and John I. Simpson, PhD, he began to steer the department in the direction of neuroscience. In 2011, NYU named Dr. Llinás a University Professor, the first time such an honor was bestowed upon a medical center faculty member. In 2014, we held the first annual Rodolfo Llinás lecture in honor of his contributions to the neuroscience community.

Reflecting the scope of research being done by our scientists, NYU School of Medicine renamed the department the Department of Physiology and Neuroscience.

2018: The Department of Neuroscience and Physiology Moves to the Science Building

Looking to the Future

In collaboration with the Neuroscience Institute, we continue to hire new faculty members and develop collaborations that employ sophisticated techniques to study the brain, both healthy and diseased.