Researchers in NYU Langone’s Division of Environmental Pediatrics were the first to conduct a study to estimate the economic burden to society associated with preterm births attributable to air pollution.

Exposure to air pollution in pregnancy has been associated with risk of premature, or preterm, birth by increasing toxic chemicals in the blood and causing immune system stress, which can weaken the placenta surrounding the fetus and lead to preterm birth. This, in turn, raises the baby’s risk of health complications, both in the short and long term.

We examined data from the Environmental Protection Agency and the U.S. Centers for Disease Control and Prevention and calculated average air pollution exposure, defined as particulate matter more than 2.5 microns in diameter (PM2.5), and the number of premature births per county. We then tabulated estimates of the long-term health implications of premature birth, using data from previous investigations that focused on early death, decreased IQ, work absences due to frequent hospitalizations, and overall poor health.

According to our estimates, slightly more than 3 percent of all premature births in the United States are attributable to air pollution, corresponding to nearly 16,000 babies born preterm. See the map below for more detailed data.

The costs for society are first and foremost those derived from lost economic productivity due to physical and mental disabilities associated with preterm birth, which were estimated at $4.33 billion for 2010. In addition, an estimated $760 million were spent on prolonged hospital stays and long-term use of medications.

Overall, our findings suggest that considerable health and economic benefits can be gained through reductions in outdoor air pollution exposure during pregnancy. We plan to conduct further research into the role of specific outdoor air pollutants, especially particulate matter, and whether any stages of pregnancy are more susceptible to their negative effects, including increased risk of heart and lung diseases.

To learn more about our research, read the paper by Leonardo Trasande, MD, MPP, in Environmental Health Perspectives. 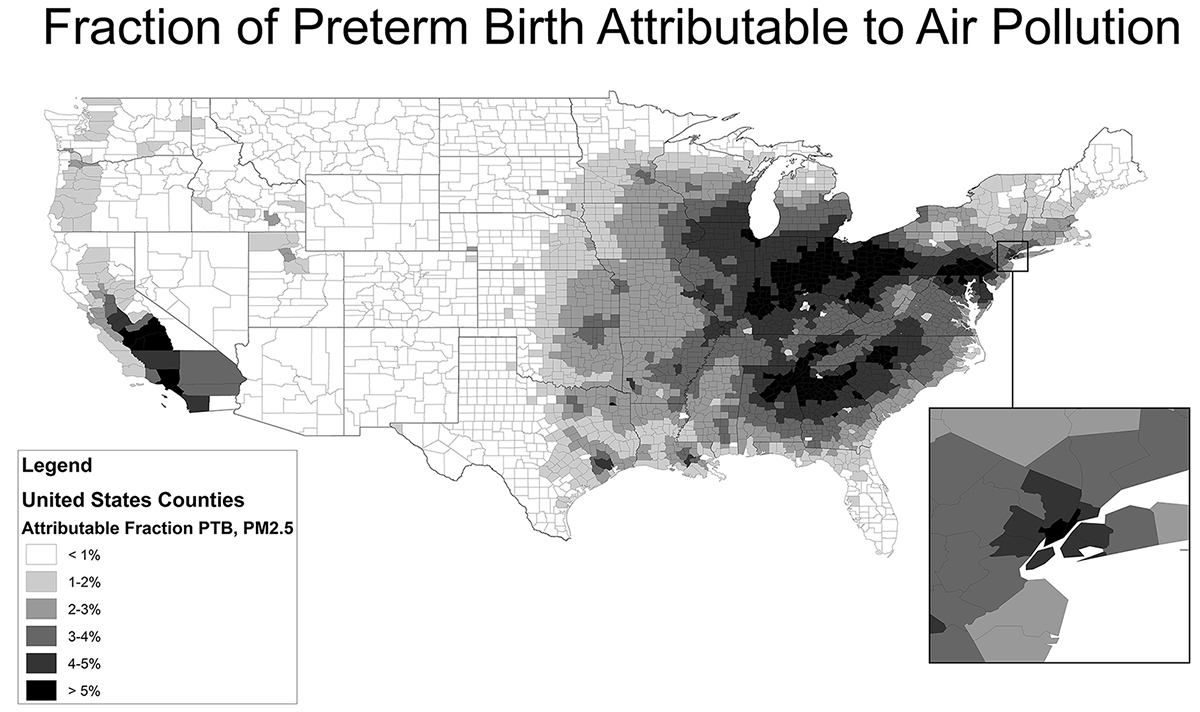