Endocrine-disrupting chemicals, a broad category of compounds widely used in consumer products, electronics, and agriculture, have been associated with a diverse array of health effects, including infertility, cancer, birth defects, and metabolic disease. The European Union (EU) is taking the lead on regulating these chemicals through legislation such as REACH (Registration, Evaluation, Authorization and Restriction of Chemicals) and regulations on pesticides and biocides. The outcome of these policy discussions will be crucial not only for consumer and public health protection in the EU, but will also set scientific and policy precedents for other national policies and for the global approach to regulation of these chemicals under agreements such as SAICM (the Strategic Approach to International Chemicals Management).

A critical element of the regulation of endocrine-disrupting chemicals in EU policy will be the criteria by which they are identified. These criteria will determine, based on the properties of each chemical, whether it will be restricted, phased out, or allowed to enter the EU market. The EU Commission has requested that an impact assessment be conducted to assess the economic implications of the criteria under discussion. The impact assessment provides the opportunity to focus on the societal benefits for reducing exposures to endocrine-disrupting chemicals as a way of preventing illnesses and disorders. However, it also bears the risk that the costs to industry for withdrawal and replacement of substances might be seen to outweigh the benefits of protection of human health and the environment.

With the support of the Endocrine Society, a group of scientists across the world—including Leonardo Trasande, MD, MPP, director of NYU Langone’s Division of Environmental Pediatrics—collaborated to quantify the burden of disease and associated costs attributable to endocrine-disrupting chemical exposures in the EU, and to support the inclusion of burden of disease and economic data in the requested impact assessment.

Reports from the expert panels were published in 2015, along with a manuscript in The Journal of Clinical Endocrinology & Metabolism that describes overarching methodologies and results of the project, for which Dr. Trasande was the lead author. His research findings indicate that exposure to endocrine-disrupting chemicals resulted in a median cost of €157 billion (or $209 billion) per year, which corresponds to 1.23 percent of EU gross domestic product. 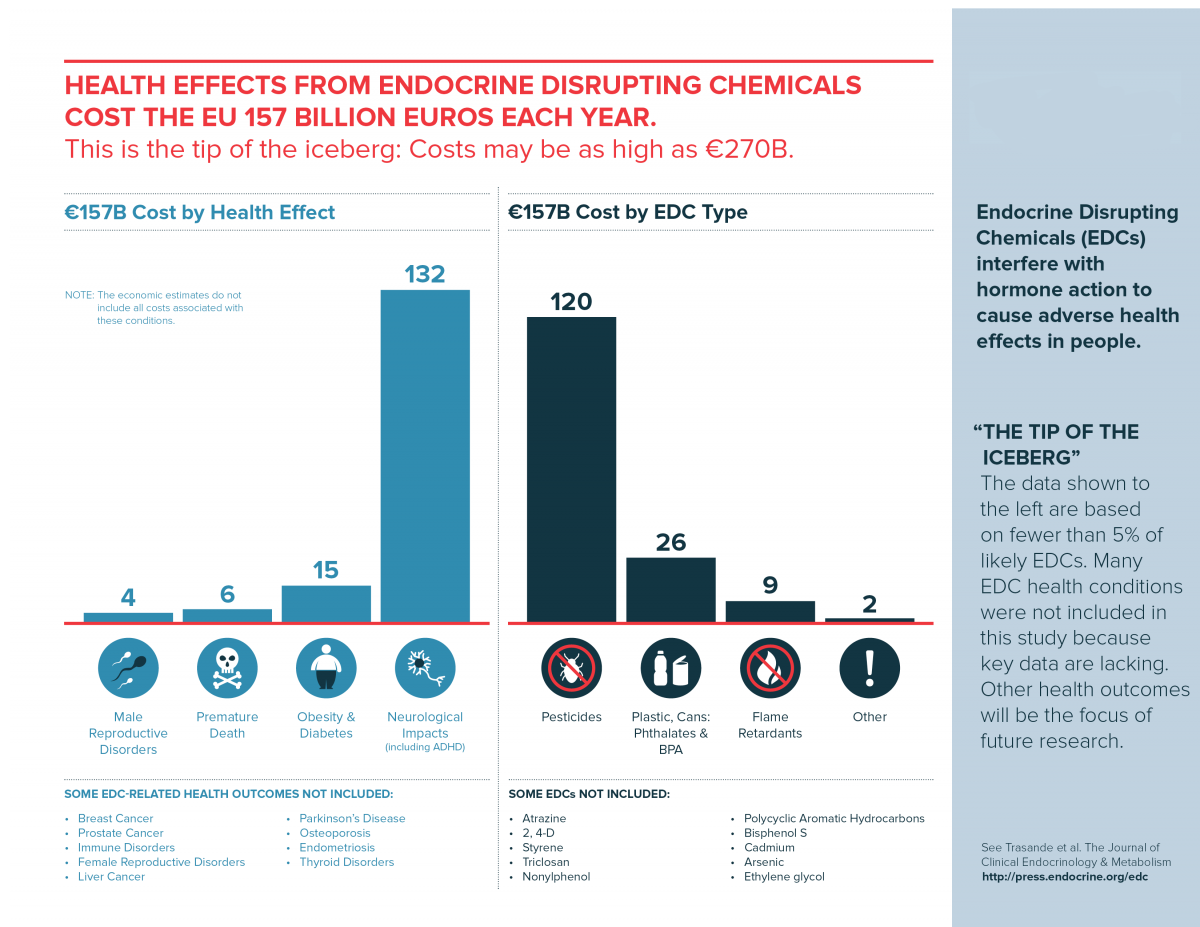 Disease Burden & Costs Due to Endocrine-Disrupting Chemicals in the U.S.

In a report published in The Lancet Diabetes & Endocrinology, Dr. Trasande and his team show that the annual healthcare cost and lost earnings in the U.S. that can be attributed to low-level daily exposure to endocrine-disrupting chemicals exceeds $340 billion. This is equivalent to more than 2.3 percent of U.S. gross domestic product. 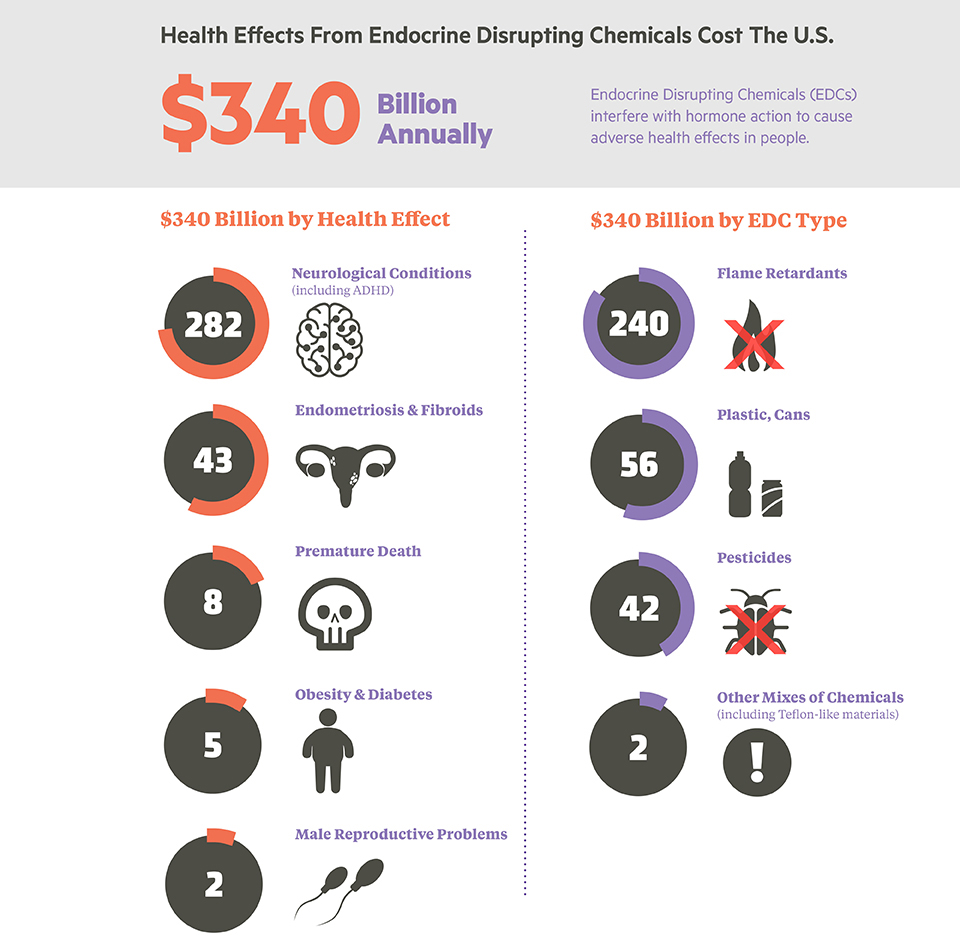 This analysis revealed that common chemicals found in flame retardants, plastic containers, and pesticides cause health problems due to gradual ingestion and buildup of toxins as consumer products are used and break down.

Polychlorinated biphenyl (PCB)-like polybrominated diphenyl ethers, or PBDEs, commonly found in flame retardants in furniture and packaging, was estimated to account for 11 million lost IQ points in children, an additional 43,000 cases of “intellectual disability,” and an associated disease burden of $266 billion.

The report concludes that stricter regulation of endocrine-disrupting chemicals is needed in the U.S., where certain chemicals—including PCB-like chemicals—are more widely available than in Europe.

Dr. Trasande has published widely on the disease burden and costs of endocrine-disrupting chemicals. See below for a select list of journal articles.